Summer, 1973, Groundwater Surveys & Development Agency – GSDA, Pune had just been created and was acquiring its drilling rigs. The founding Director of GSDA, Dr. Venkataraman, constantly raided the NGOs for whatever he could get. He sent me word that he was coming to Vadala. I was trying my first attempt at rehabilitating an abandoned bore well adjacent to our workshop. The work had gone well. Dr. Venkataraman arrived, passing through Geological Investigation Team, Ahmednagar, headed at that time by Sarma Nidamarthy. Sarma had sent two of his staff with Dr. Venkataraman. Gautam and Mansoor.

That was the first time I met Mansoor.

On and off, we would meet up at various NGO-WRD gatherings. And then we lost touch (or things got hazy with age).

Next, Mansoor was with UNICEF Delhi dabbling in, of all things, hand pumps.

Then I saw Mansoor in Kolkata. I remember meeting his wife. His son was just born.

I was doing a bit of short term work for WES, UNICEF, about 1990, in Delhi and Mansoor was berating a PVC pipe manufacturer, arm twisting the poor guy to make prototypes of ribbed riser pipes for PVC. I wasn’t convinced but kept quiet. By now he was the Hand pump Coordinator of WES, UNICEF, India. We quarrelled often at BIS Hand Pump Sub-committee meetings. He had no patience with the nitty-gritty of manufacturing tolerances and the hair-splitting we inevitably got into. Hand pump maintenance was another of our issues of perpetual disagreement. The (in-)famous Three Tier Maintenance System. Mansoor’s loyalty to UNICEF was unwavering.

The grape vine said that Mansoor was in Nigeria. He had got a local hand pump manufacturing thing going. Lots of high-level connections involved. He even got Nigeria to try fibre glass riser pipes with cemented PVC couplers. I picked up the pieces in 2007.

Then, he was New York. Wah! The guy did get around. We met on-and-off. At Durban in 2004. St. Gallen, HTN (those days, not yet RWSN) and then again at Copenhagen.

Catching up with Mahesh-bhai (of Meera Ceiko), he told me that Mansoor was in Maldives. I forget the year. Mahesh-bhai always called Mansoor “chote nawab”.

2005, post Tsunami. A mail from Mansoor. He wanted specs for lifting-and-shifting equipment. For Banda Aceh, I guess. Then silence.

A few of years ago, 2017 probably, Vishwas sends a message. Mansoor is in town. We meet for lunch at the old Blue Diamond. Mansoor had come to see his younger brother in Aligarh and to look for medical facilities for him. We go over all the old stories. He had retired and settled in California and consulted. His son had completed his studies. That was our last meeting.

Then Vishwas’ mail earlier this week that Mansoor was no more.

That was Mansoor Ali. One more of us gone. May he rest in peace.

My association with Mansoor Ali dates back even before UNICEF where we worked to gather for several years. A postgraduate in Geology, he started his career with the Groundwater Team of AFPRO, siting suitable location to drill bore wells, in drought prone districts of Maharashtra in India. I use to work for AFPRO related NGO in Central part of India also for Rural water supply project.

And that is how we first met.

Although he worked on various aspects of the RWS programe in India  his major contribution to RWS programe while working with Unicef was finalising BIS specifications for India Mark II hand pump and creating infrastructure and establishing system for quality control of India Mark II pumps and spares. Which was later accepted out side India by many countries. Besides Indian Mark II he also worked for development of Tara hand pumps.

While working on UNICEF program in other countries he promoted  local manufacturing facilities for India Mark II family of Pumps through technology transfer and community based hand pump maintenance system. He was found of technology development and continued to work for it even after retirement.

A multi faced personality he will be remembered as a dedicated professionals and dear friend among colleuges and associates for years to come. 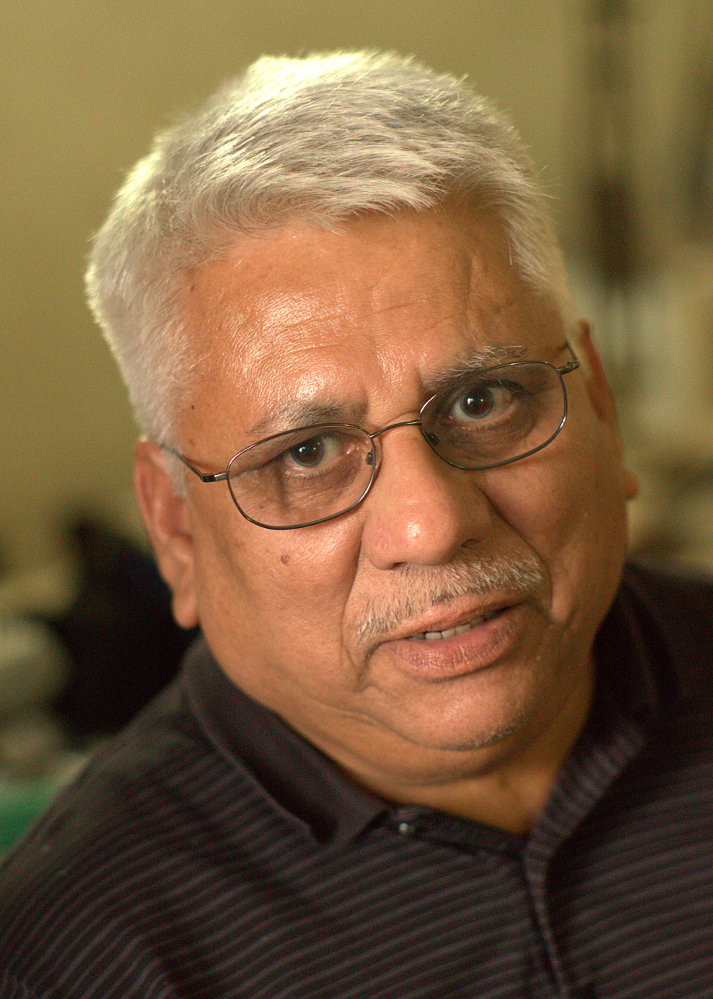